Motivation and the Pygmalion effect

The dog was really huge. It was bred to scare off snow leopards. And it lay right across the mountain path I was walking on. Going around it was no option.

I was on the Anapurna Trail, an exhilarating 18 days’ hike through two valleys in the Himalaya’s, around the 8000 m Anapaurna summets, with as high point crossing the Thorung La pass of 5.400 m height.

I just stepped over the dog. We were among Sherpa’s, a Buddhist people, where they believe animals are reincarnations. They treat them as if the dog is their great-grandfather. And the animals catch on, behaving as if they really are a reincarnation, responding to the kindness shown to them. The chickens understood too, scratching between the dog’s paws.

I thought about this incident when reading up on the Pygmalion effect, after reading Rutger Bregmans’s book ‘Humankind, A Hopeful History’ (in Dutch: ‘De Meeste Mensen Deugen’, meaning ‘Most people are decent’, its core message).

The Pygmalion effect was first detected and described by Rosenthal, in 1968. In an experiment, he did a fake IQ-test in a class and at random divided the kids in bright ones and normal kids. A year later, the ‘bright’ kids did significantly better than the normal ones. The teachers’ belief in the qualities of the children had an important effect on the effort they put in the children. And the children respond to the extra attention by learning and performing better.

The research has not been a one-off and similar results have been reported all over. ‘The Pygmalion effect is a psychological phenomenon wherein high expectations lead to improved performance in a given area.’

The original Pygmalion was a Greek sculptor, who once made such a beautiful statue that he fell in love with it. The Gods then took pity on him, gave the statue life and she became his wife. Georges Bernard Shaw turned the theme into a play and that play in turn became the musical My Fair Lady and later the movie. A teacher teaches a ‘lower class’ girl to ‘speak properly’, can show her off as if she were a duchess and then falls in love with her. The theme keeps inspiring the film industry, with Educating Rita and Pretty Woman as examples.

If we believe in ourselves, we can achieve great heights. If others believe in us, we grow as well. If teachers believe a group of students are better than average, they become better teachers and inspire the students to achieve more.

The reverse exists as well. It is called the Golem effect. You believe a student or employee sucks, and suck he will.

Think about the traditional hierarchical model. 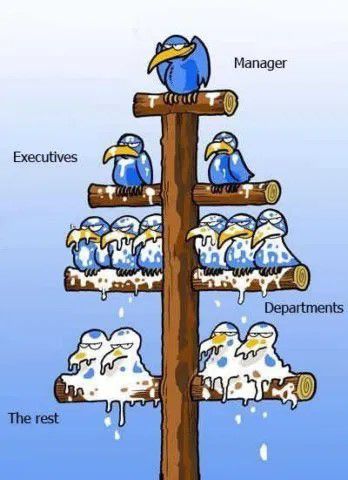 The agile transformation requires supportive and coaching leadership. Belief in the teams and its members will help them achieve better results. They will also start believing in you. And make you a better manager. A happier manager.

And what about the Nepalese dog? Rosenthal’s first experiment in this area used laboratory rats. One batch of rats was marked: ordinary rats, and the other batch: smart, trained rats. They were of course identical. But the experiment showed that just marking the rats as smart made them perform better. The expectation that the rats were smarter made the students treat them differently.

But then, the mystery remains. How did the rats catch on? Humans believing in rats make the rats perform better? Maybe they really were reincarnations. Or maybe just treating animals nicely makes them happier too.

Just think what this could do to your life…

Komodo dragons, volcanoes and the evolution of humans

The 5 why's of traveling in Indonesia