On the biology of agility

I am a biologist by training and work in lean-agile transformation by profession. Agile writers and speakers often use examples from biology. And they sometimes get it wrong.

So I thought to digress a bit and get some biology straight.

The most boring bit about sex you will ever read

We are amazed at how well animals (and plants) are adapted to their environment and we know (and most of us also believe) that evolution shaped adaptation.

But there are some limits on what evolution can do.

Let us think about a polygamous species, say red deer or elephant seals. Males get into huge fights to become dominant. If they win, they gain a harem and have major reproductive success. The others loose out and wait a year or may never be successful.

A huge waste of course. Their mothers invested in them, they eat food that is in limited supply, and they are not successful in reproducing.

We could easily design a more efficient process. Say there are on average ten females in a harem. If a gene pops up whereby only one male would be born for every ten females, look what would happen. Mothers would not invest in “useless” males and their energy would be spent on creating more females. These would be able to produce more offspring, so the population would grow faster, and less food available would be spent on non-successful males. Such a population would easily outcompete the system where females produce 50-50 male-female offspring.

This is an illustration of an important principle. Genes are “selfish”, they try to survive by making the individuals they are in successful. Genes do not “care” about the species. This is what Richard Dawkins described in his book “The Selfish Gene”.

The concept of selfish genes is happily referred to as proving that we, humans, are fundamentally egoistic since we are governed by selfish genes (among others by Jurgen Appelo in Management 3.0). It underpins the essential point of individualistic societies: it is everybody for themselves.

But, in real life, Dawkins’ book mainly treats a different point: how come that individuals can be altruistic – help others to survive – if their genes are selfish – only trying to survive and spread in the population? Which is our next topic.

Altruism when genes are selfish

When hiking in the Alps, you will have heard them: the sharp whistles by marmots, alerting the group to your presence. Different whistle for eagles, as they are more dangerous. 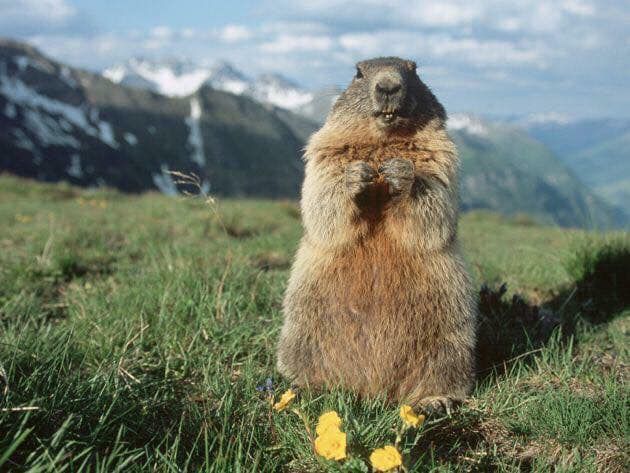 This is altruistic behavior. Whistling significantly increases your chances of being spotted. But it helps your neighbors and sends them running to their safe burrows. Collectively, this is an excellent system.

The general explanation of such behavior is that the animals living close by are likely to be genetically related: brothers and sisters, uncles, nephews … Helping them survive at low cost to yourself is a way that altruistic genes can originate and survive. The archetype of this is parental care: we try to make sure that our offspring will be successful, for our own genes to be carried forward.

There is a second mechanism allowing for altruism to work. We can do something for another individual if we can expect to be returned the same favor. Vampire bats live by drinking blood from large animals. When they have a successful flight, they typically have too much blood in their stomach, and they will share it with members of their group. This is important, because they all run a significant risk of not finding a prey for some consecutive nights and would simply die without the altruistic system of sharing food.

All such systems have one major problem: what if a “cheater” appears? Somebody benefitting from the altruism but not returning the favor? Cheaters will destroy the system. They benefit from the system, and do not incur the cost from contributing, so if their cheating goes undetected, they are the winners.

I often show the following bit of video from Frans de Waal’s TED talk on Morality in animals. It is wildly funny. And it points out something we do not expect. Social animals have a fine-tuned sense of fairness and will protest when treated unfairly. Anybody parenting more than one sibling will know the feeling: the kids will insist on being treated completely equally and know exactly what happened last time and so why it is now their turn for a particular favor, such as who they can sit next to. They keep a very detailed score.

In the last century, we have focused a lot on how hierarchy and power is used in social animals. Only more recently, that research has shifted to other aspects of social behavior, such as the sense of fairness. Frans de Waal has first established his reputation by being the absolute specialist on chimpanzee power politics and only afterwards paid attention to stuff he ignored before, as he brilliantly explains in his full TED-talk.

Researchers used to ignore the fact that animals after a fight for dominance also want to reconcile. Chimpanzees show the ‘yawning reflex’ we all are familiar with: if somebody yawns, others will follow. Empathy, mirroring, a sense of fairness, behavior aimed at keeping peace such as consolation or interference when an animal gets harassed are built-in into social animals.

And we, as humans, are the most successful social mammal of all. Yet, we are close to willfully ignoring that a lot of human values such as empathy and sense of fairness are built into our genes, right into our biological make-up.

in Biology and agility
On wolves and teal
The next stage of human consciousness or going back to our genetic roots?